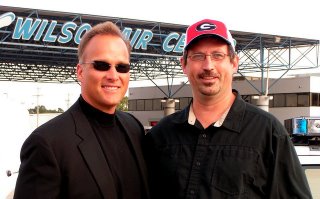 Thanks to a very nice neighbor, I was able to be at the Memphis airport when the UGA Bulldog Football team flew in tonight for the game against Ole Miss tomorrow night. This is head coach Mark Richt. Go Dawgs!! 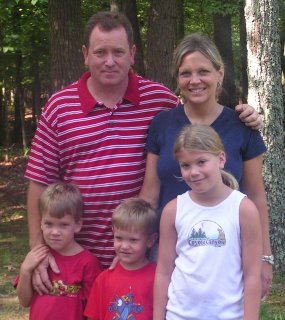 At least one or two of you who periodically read this blog also know our friends the Wright Family. Here's a photo update for you from our summer vacation. The boys are really growing and Madison is a young lady now. 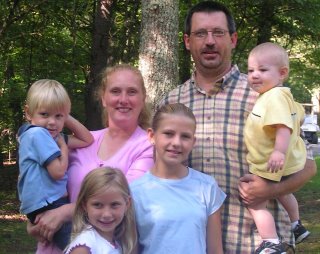 For some reason, probably six people going in multiple directions all of the time, family portraits are rare for us. Here's an informal picture of the Smith Family while on summer vacation this summer. 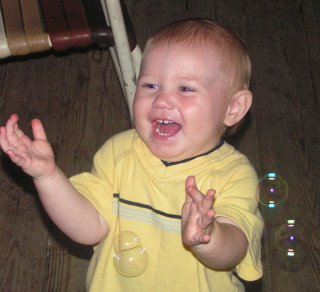 Our youngest, Elijah, and the joy of bubbles. On the balcony of the cabin at our Fall Creek Falls vacation over the summer.

It's All About Comfort 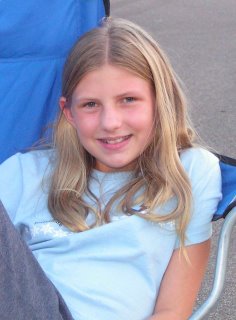 Hannah can relax with the best of them. Here's a recent shot of her during our nightly "neighbor" time in the cove where we live. 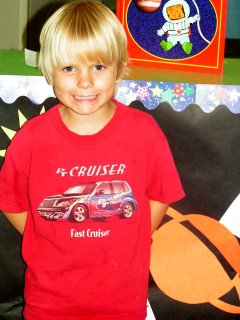 Not quite in kindergarten yet, but Noah really enjoys the Mothers' Day Out program that he's able to attend a couple days a week. He calls it school. This is a snapshot of Noah at "school." 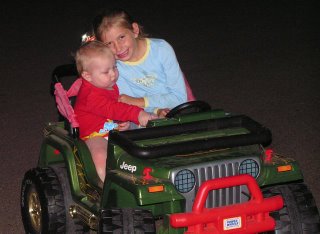 Clara and Elijah, out for a nighttime spin in the neighbors' Jeep. 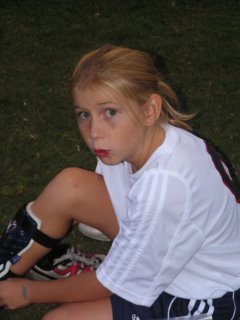 As you can tell from the lack of posts recently, life has gotten busy in the Smith household. After a whirlwind July of camp and vacation, August didn't slow down at all as school started shortly after we returned to Memphis. I'll try to catch up on some posts soon to see the journey we've been on for the past several weeks.

One thing that's occupying a lot of time is Clara's participation in a competitive soccer team. The photo is of Clara getting ready to play her latest soccer game (a couple of hours ago). Clara is now a member of the Bartlett Soccer Club. She'd participated in the Bartlett city recreational league for a couple of years. Apparently during the spring season this year the director of the Bartlett Soccer Club (who's also the Bartlett High School soccer coach) scouted all of the recreational teams and invited a few girls to join a competitive soccer club. Clara was one of those invited and we've allowed her to try it out. It's a bit more commitment than the recreational league (a couple of practices plus a game every week), and the games are a bit farther from home, but we think she's having a good time.

Last year, in the 8 and under league, she played on a team where there were only 4 on a team on the field at once (two forwards, a defender, and a goalie). In her team this year, she jumped up to having 8 team members on the field at once, with only 10 total girls on the team (so there's not a huge amount of substitutions). She plays 2 25 minute halves with a five minute halftime. The field is now 80 yards long (about twice the length of last year's field). Let's just say she sleeps well after practice and games. She slept all the way home tonight.

Clara's team is still coming together. Tonight they played their third game (a 7:30 PM start time, and a 1/2 hour drive from home...she played under the lights for the first time in her life). They are now 1-1-1. They tied their first game 0-0, won their second game 4-1, and lost tonight 1-4.

To follow her progress, if you'd like, check out this link. This will take you to the Memphis Shelby Soccer Federation web site. From there, select teams, then in the 10 Girls B Division (meaning under 10-years-old), select Bartlett SC 98. That's Clara's team. You can follow the team all season and see their schedule, record, and team standing in the division. The web site is still being updated, and whomever is posting the game info is about a week or two behind.

We are now officially soccer parents, and spend our time on the sidelines yelling (uh, I mean, cheering).