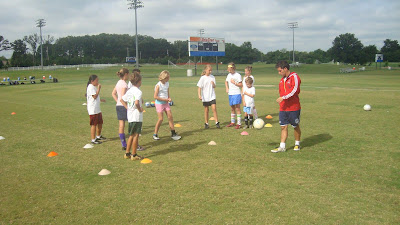 Here are some pics from Clara's soccer camp. She had a GREAT time...thanks grandmommy and grandaddy for sending her to camp!!! She learned many great soccer lessons. But, she also learned that in Portuguese her name means "egg yolk". 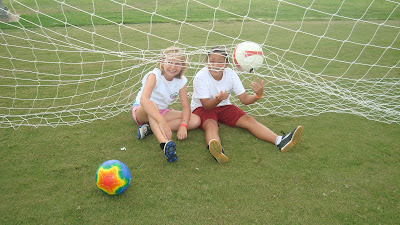 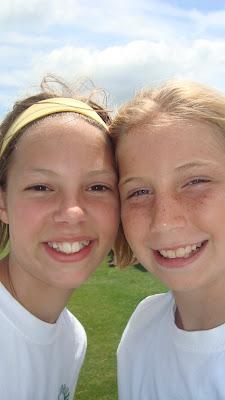 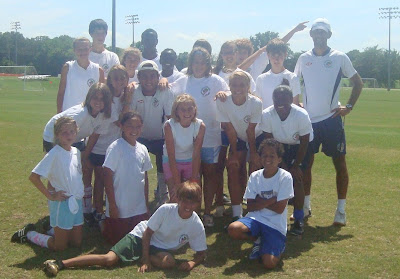 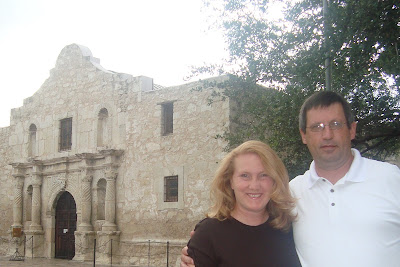 Here's a picture of David and I at the Alamo. We recently went to San Antonio and stayed a block over from the Alamo. All I remember from my growing up years about the Alamo are the words, "Remember the Alamo!!" I've learned a little more about the Alamo but I will refrain from sharing my large scope of knowledge in this context.

Instead I want to tell you David's story of his trip to San Antonio. David was attending a conference in San Antonio. In an effort to save money, he decided to use one of my Dad's Delta buddy passes. About two weeks before the trip I decided to go along. After all we were "staycationing" for our family vacation this year, so I knew this was my only chance to get away.

David and I were both flying space available and we knew that it might take a while to get on a flight, so we headed to the airport at 4:00 am. Yes, 4:00 am. Our flight plans involved a flight to Atlanta and then to San Antonio.

So, over breakfast we strategized and decided that we would be willing to split up because it is easier for one person to get on a flight than two. We waited at the gate for the 7:30 am flight.

My name is called to board the plane. I linger a little to see if David will get on the flight and even ask the gate agent if he will get on. When the gate agent said no, he asked if I wanted to wait with David. To which I promptly said NO and boarded the plane after waving sadly to David.

The plan was to meet up in Atlanta and fly to San Antonio together. Once I get to Atlanta, David informs me that he didn't get on the flight to Atlanta, but he did make arrangements for me to get on an earlier flight from ATL to San Antonio. So I run, literally, to the gate and immediately get on my flight.

It was a very pleasant flight. I was quite comfortable. Read a book. Relaxed. Watched another passenger in first class down about six glasses of wine and beer in a row...Did I mention it was 10:30 in the am?

So the question loomed large and I just put it out there..."Well, where are you?" He said, "Little Rock". I'm thinking he came up with a creative flight plan.

No, he informed me that at 10:30 am (while I am relaxing in first class), he rented a car at the airport and proceeded to get in a car to travel to San Antonio. The flights the rest of the day looked hopeless.

So, while my husband drove twelve hours (after having only slept about 3 1/2 hours ) to San Antonio...I pressed the easy button and flew. So, if you will notice in our picture that I look a little happier than him. It's because I am!!!

This week a friend invited me to go with her to the lake...for 24 hours. It was a BUSY week and by the time I got to Friday morning I was fried (maybe it should be spelled Fried-day). While I was excited to go to the lake, there was a part of me that was so tired that I simply wanted to crawl into my bed and sleep for 48 hours.

But, the thought of spending some time on the water helped me crash through the tiredness and pack my backpack. The morning before we left I met another friend at Starbucks (maybe Fried-day should also be called Friend-day). It was a great way to start a weekend, sipping coffee with a friend outside in the beautiful weather. For all of you non-Memphians, it was simply a glorious, beautiful day both Friday and Saturday, remnicscent of Ohio summers and even my jaunts to Lake Minnetonka in Minnesota.

So, back to my time at the lake. I wish there were words for me to convey how quickly I was able to relax. It might have something to do with the fact that I didn't have four kids to referee and cajole. Or, I didn't have a thousand things that demanded my attention. Regardless, as soon as we walked in the door of the house at the lake all my cares seemed to slip away like melted butter.

We'd been there about five minutes when our host said "Get your suits on, it's time to hit the lake." So we all slipped on our bathing suits, grabbed a book and a towel and headed to the lake.

It was a spectacular afternoon. The sunlight hitting the water was truly magical. A bright blue sky with no clouds was breathtaking. The waves gently rocking the boat was sleep-inducing.

I must confess that I thoroughly enjoyed being pampered for 24 hours. Our host and hostess took care of all the meals. We even had peach milkshakes for dessert...yummy!! I did not make a single decision.

A day at the lake....left me refreshed, inspired and ready to conquer the next week.

A day at the lake... is haunting me with the question...."How can I bring a small part of that into my real life?" "How can we simplify our lives?" "How can we carve out relax moments into the life of our family?"

A day at the lake...reminded me of the importance of connecting with people. Strangers were able to speak truth in my life and make me laugh. Laughter is the best medicine. My friend shared her heart with me.

A day at the lake...gives evidence to a wonderful, caring Creator who surrounds us with beauty and wants us to soak in the Son!!!
Posted by Diane at 8:42 AM 2 comments: 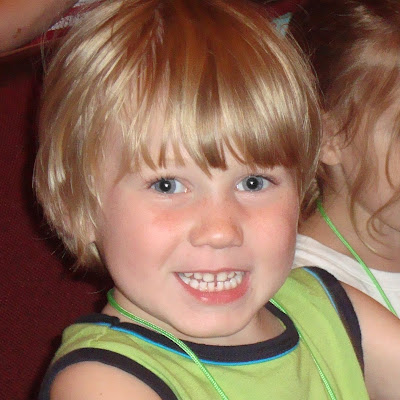 The kids had a blast at VBS...Son Rock Kids Camp this week.

Elijah enjoyed every single moment and was eager to tell me ALL about it each night when he came home.

Noah had fun with Mr. Steve as his teacher and of course was happy that his friend Bryant was in his class. 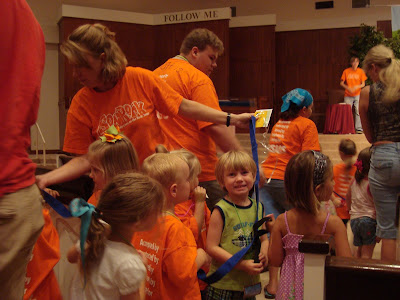 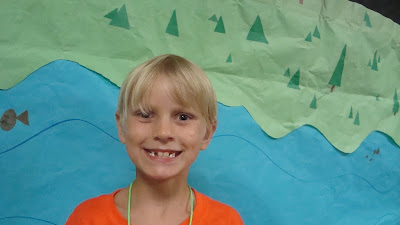 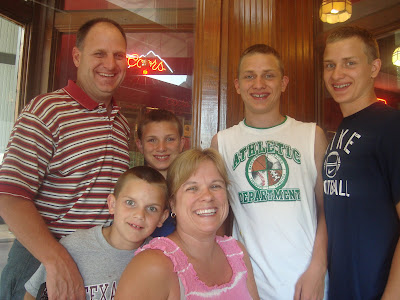 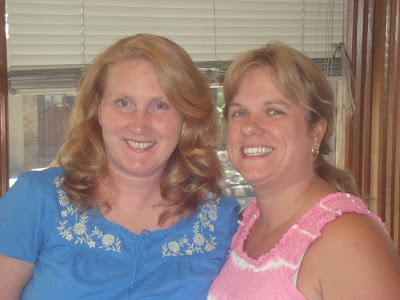 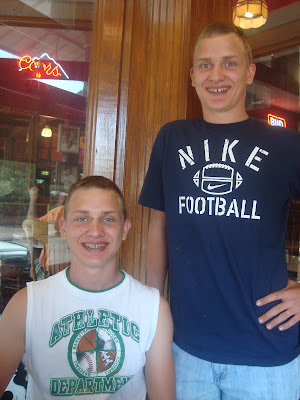 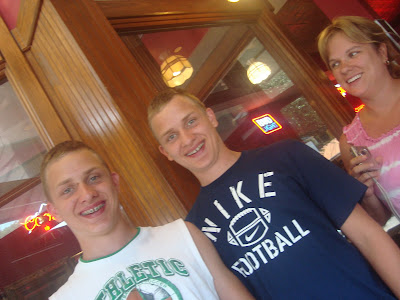 Recently David and I went to San Antonio... a funny thing happened on the way, but I'll tell that story in another post. While in San Antonio we visited with some friends, the Dagerath Family. Here's some pics of this incredible family!! 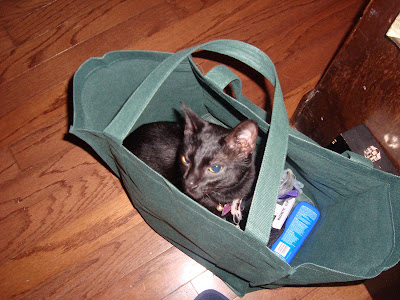 Recently some guests at Hotel Smith were preparing to depart and our cat Midnight decided she wanted to go with them.

Today at church Elijah's teacher pulled me aside. She was shaking her head and smiling. She started with "your son is something else." When I hear that I always get a little concerned!!! His teacher then begins to tell me how my four-year old son explained the following...

Luckily he didn't share with the class the bad words I say. And I will keep you guessing on those...
Posted by Diane at 11:58 PM 1 comment: 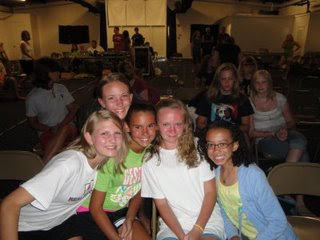 The Smith family decided to "staycation" this year. Tonight is the last night of our "staycation". Here are some of my thoughts:

We had a great week. Some friends visited from Florida (backwards huh). We went to the pool. We relaxed. We enjoyed the view from our back porch. The weather has been BEAUTIFUL!! David read a few books. I didn't clean the kitchen for an entire day and a half. The boys had fun being boys and playing all the games Clara created. We watched movies.

And then there is Hannah...while the rest of us are pretending that a "staycation" is the best thing since sliced bread, Hannah is at the beach. You heard me...she is at the gorgeous beach enjoying God's creation in the vacation spot of Panama City. All that is within me cries....."It's not fair". But, I have to be an adult and say that my staycation has been fabulous. 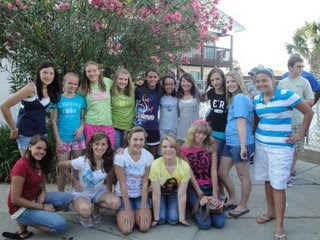