Plan with an Open Hand!! 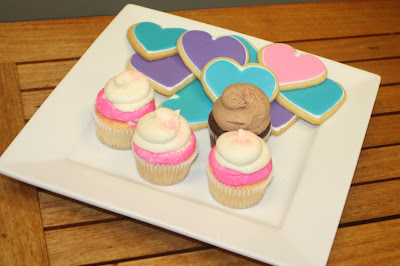 The Plan!!
This is a written plan presented to me by Noah yesterday morning while I was still in bed.
(Note he is supposed to bring cookies to his Valentine's party at school)

1) Everyone clean the kitchen
2) Gets the ingredients (plus food coloring, sprinkles and icing) - Hannah
3) Mixes the ingredients and food coloring (w/out the sprinkles and icing - Dad
4) Flattens the cookie dough and shapes them into hearts - Mom
5) Puts them on the tray - Clara
6) Puts them in the oven - Hannah
7) Takes them out of the oven - Dad
8) Put on the icing and sprinkles - Hannah and Clara
9) Put a cover on the cookies and put them in the fridge - Mom
10) Eat the cookies - Noah and Elijah

Reality
Hannah and Dad - sick and slept all day
Mom - school w/ Elijah and Noah, weary from a busy weekend
Clara - trying desperately to catch up on school work

Mom and dad went to Kroger to buy cookie dough. Hannah put the cookie dough in the oven and went to take a shower. Mom took cookie dough out. Noah decorated cookies and put in the fridge.

Noah is a great planner!! He learned sometimes things don't turn out exactly like we planned. We have to plan with an open hand. In the end it does all work out. While he will not be eating cookies made from scratch, he will be eating cookies.

Besides...the cookies and cupcakes pictured were prepared by my good friends Alisa at My Sweet Tooth Cupcakes and Elizabeth. Who needs to bake when you have the experts to bake!! Noah had these fabulous desserts on Saturday night!!
Posted by Diane at 6:05 AM No comments:

Today, Noah will post. He asked me a million times to do it last Friday and I got busy and kept putting him off.
Posted by Diane at 7:54 AM No comments: 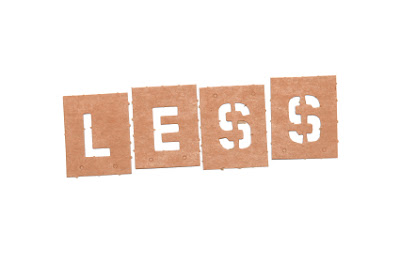 Not a word I would have chosen. And, I admit it frightens me a little. Why? Because all my life it seems that I have wanted more.

So, I stand at the beginning of 2012 and commit to LESS. That's all I have to say for now (shocking, I know), but hey it's the year of less..less words seems like a great place to start.
Posted by Diane at 8:03 AM No comments: 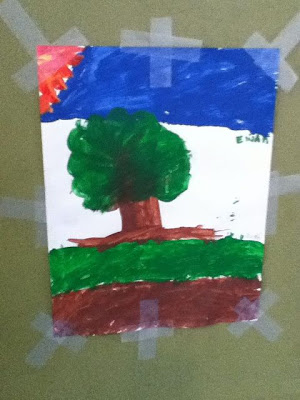 I painted it because I wanted to paint a tree with dirt,that is why it has brown on the bottom. And, I like it because I really wanted to do some art.
Posted by Diane at 9:23 AM 1 comment:

It is a new year. Last year is gone and we are given another chance. Many people say, "New year, New me." This is thought to be cliche, and not sincere or genuine.

What if we, as Christians, really used this saying. When we accept Christ, we really do become a new person. Our old self is completely dead, we are made new and clean because of the blood of Christ. But there is a catch to becoming a Christ-follower. Many people think that they will become a Christian and their lives will be perfect and dandy. They believe that this new life will be like frolicking carefree in a field of flowers with no worries.

This is the complete opposite of what really happens. When you accept Christ, you sign up for war.

These two ideas of Christianity are polar opposites.

In the end though, signing up for God's army has eternal rewards. He helps us in the war. The God that we are fighting for has defeated death and darkness. What do we have to fear? He has already won, but we are still daily attacked by Satan.

This leads me back to the saying, "New year, New me." How can we as Christians use this saying, or a variation of it, in our daily lives. You see, even though God has won the war, and when we accept Him and sign up for His army, we still mess up. We do not become perfect when we become Christians. What if Christians woke up every day, spiritually defeated because of the mistakes of yesterday? We wouldn't be living our life to the fullest in Christ.

The beauty of being a Christian is that God forgives all of our sins. No matter how bad. He forgives the sins of yesterday, today, and tomorrow. I want to resolve to wake up every day, believing that I have been forgiven.

I can be a "New me" if I do not hang on to the sins of yesterday. I can live life to the fullest, serve Christ everywhere, and love like Christ does if I believe that Jesus forgives me, loves me, and is on my side. So my variation of this saying would be, "New day, New me."
Posted by Diane at 9:15 PM 2 comments: 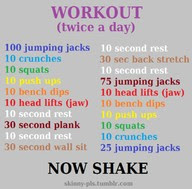 This is my workout.
I need to get back in shape for soccer.
This is what Im gonna start with.
What's your workout plan for 2012?

So Tuesday is Clara's day to share. As you can see....it's Wednesday, so she is a little late. Let's just say the apple doesn't fall far from the tree. If only I was as in shape as she is. If I did this workout, I would end up in the cardiac care unit!!
Posted by Diane at 8:40 PM 1 comment: 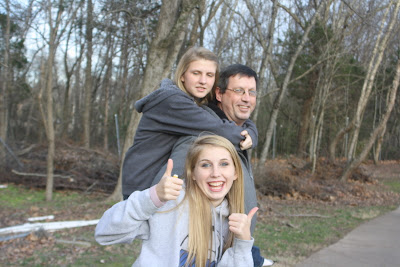 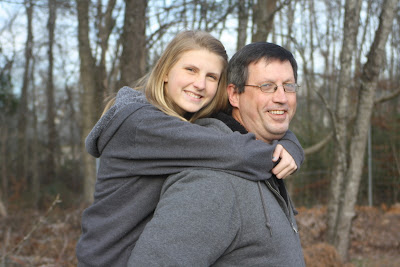 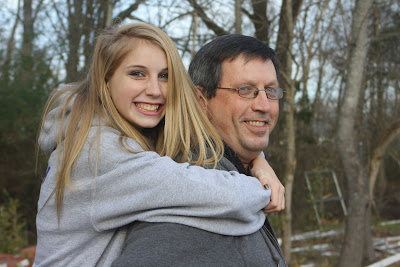 Chateau Smith, the blog, will be revamped in 2012. You will have the chance to hear from our whole crew. There are six of us and we will be sharing our lives with you. Meet David who will bring you his musings on Mondays.

David is an awesome husband and a fabulous father. He's a great listener and a great friend. He's one of the wisest men I know and you will definitely want to tune in on Mondays to hear from him.

He's the dude who originally named this blog. For those of you who don't know...Chateau Smith was the name of our home in Dayton, Ohio. It was a place where lots of friends hung out. This blog represents our desire to continue to share our lives with friends nearby and friends around the globe.

Today David's busy driving a busload of college students to Passion in Atlanta....I love him and his servant's heart!!
Posted by Diane at 8:11 AM No comments: