A Trip to the Airport 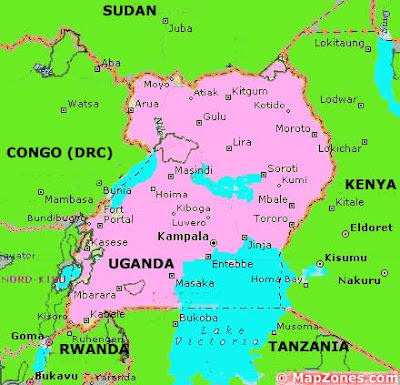 When word came that Habitat for Hope would be serving a family from Uganda, there was a flutter of excitement inside of me. You see about two years ago I fell in love with Uganda and the people of Uganda from reading the Kisses from Katie blog. I read the entire blog in two sittings, much like a great novel that I just couldn't put down. It's an incredible story of a young woman following Christ with reckless abandon. When I read her story I remember thinking that I didn't want to go to Uganda necessarily, but I did want to follow Christ and be who He made me to be and do what He wanted me to do. She seriously inspired me!!

Fast forward two years and here I am trying my best to live as Christ would have me live my life. I'm serving families whose children are chronically or critically ill. My heart has been opened wide to the silent suffering of so many families who are walking down a really dark and difficult path. My job at Habitat for Hope is to equip, empower, encourage and mobilize volunteers to move into the lives of these families...to love them, serve them, hang out with them and become friends. These families come from all over the country and the world and often they don't know anyone here.

Back to the family from Uganda. When we received word they were coming, I knew that I wanted to be part of the team to serve them because even though I don't know them, I already love them. So, the first thing they needed was someone to pick them up at the airport. David and I decided we could definitely go pick them up. Our 16 year old daughter begged to go with us because she said, how often do you get to meet a family from Uganda?

So we head to the airport with very little information....a name and an arrival time. That's all the information we were given. We tried to get more but that's all we had. Memphis is a small airport, right?

We spent the evening searching the airport for a family from Uganda. I'm sure people thought we were a bit stalker-ish. The security guys probably were wondering why these three people were pacing to and fro....who am I kidding, Hannah and David quit wandering after about thirty minutes. My husband is quite smart and parked himself right by the arrival area. He and Hannah played a mean game of Lie to Me and trying to figure out people's stories according to their body language. Hannah might have discovered that when you hang out at the airport, you see lots of cute boys. Her favorites were the Navy guys. We're in trouble!!!

Meanwhile I continued to pace....my beloved friends that I hadn't met yet from Uganda were nowhere to be found. After a while we received word that they had been delayed in customs in Dallas and wouldn't be arriving until 11:30....which if you know me is way past my bedtime. So, we called in reinforcements, went ahead and delivered some groceries to the HFH apartment where they will be staying and went home.

I must tell you that I loved, loved, loved my daughter's response to this crazy evening. She laughed and had a grand time. She said even though we didn't pick up the family, we had an adventure.

Sometimes things don't turn out like we expect, but we just have say.."It's okay!!" (which by the way is Hannah's favorite expression) and keep going.
Posted by Diane at 6:20 AM