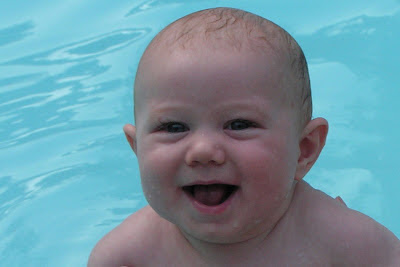 Our youngest has been the source of much joy in our lives. (Here's a couple of pics of him at six months and 3 1/2 years old). He is funny and active and keeps us on the move.
Recently I've run across an issue that we never had with the other three.
He really enjoys picking his nose and then sticking his finger in his mouth. We've of course corrected him repeatedly, but still the finger goes to the nose and then the mouth. I know, I know totally gross.
Yesterday we reached a new level of disgusting. He and I were laying down and I had just finished telling him a story. It was a sweet bonding time. He listently attentively to the whole story. He was thoroughly engaged. At the end of the story, again, finger to nose, nose to mouth. Again, Elijah "don't do that".
This time and for the first time ever. He invited me to pick his nose for him. As I was politely declining, he grabbed my finger and attempted to use my finger to pick his nose. AAAHHHH.
The joys of motherhood!! Well, of course I didn't pick his nose!!! It's a good thing he is so cute!! 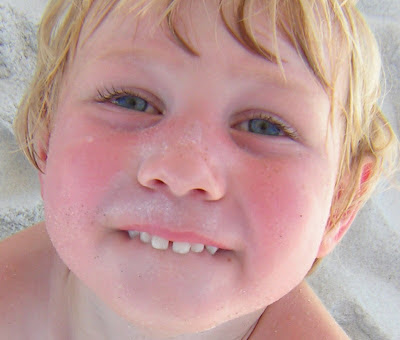